Your Bike Is Safe On Prince Edward Island

“So, is there a lock that comes with it?” I asked as I rented a bike in Cavendish, PEI.

“Do you want me to leave a deposit or anything?”

“Nah, just pay when you bring it back.”

And that exchange pretty much sums up PEI!

I left the (brand new) bike unlocked and unattended as I went to the beach, ate lunch, and slept in my tent. That bike would not have lasted five minutes in Toronto! Those Islanders are a trusting and trustworthy bunch. In fact, I did not see one cop the whole six days I was there. 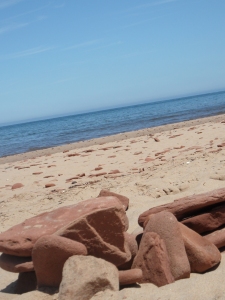 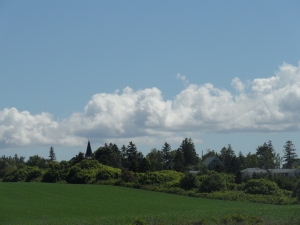 Anne of Green Gables is a novel written in 1908 about an orphan from Nova Scotia who gets sent to live in PEI.

I didn’t grow up reading the book (and subsequent sequels) so I was surprised to discover that people from all over the world visit PEI to see where the story is set. You can’t go anywhere in Cavendish (half an hour from Charlottetown) without having some Anne of Green Gables thrown in your face. But people love it! It’s especially big in Japan. Some girls I met in Charlottetown (who were also in PEI to pay homage to Anne) said they were chatting to a Japanese woman who makes the pilgrimage to PEI every year. And a taxi driver was telling me that tourists are genuinely distraught when they visit the author’s grave. It’s amazing to see that these books have made such an impact on people.

Observation number 4: small hostels are far better than big ones.

I’ve stayed in my fair share of hostels and this rule always holds true. It was particularly apparent when I stayed at Charlottetown Backpackers Inn (and reconfirmed when I stayed at HI Quebec City which is more like a big, impersonal factory than a hostel!).

When I stayed, there were around eight travelers working part-time at CBI (most of the time they outnumbered guests!) and they were all such great people. There is such a nice, communal feeling to the place as well – breakfast altogether in the mornings (everyone fits on one dining table) and pool and beers in the evenings. And the thing I loved most – every Sunday the whole hostel (staff, guests and owner) attends music trivia at the local pub. I planned to stay one night and stayed four! 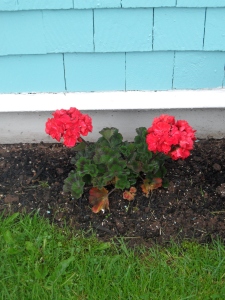 2 thoughts on “Your Bike Is Safe On Prince Edward Island”